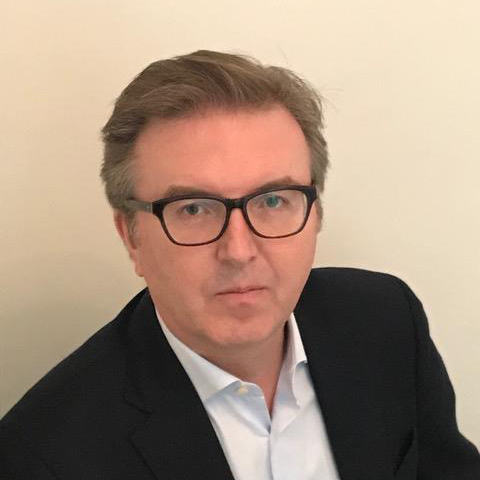 From 1987 to 2008 Nick was a Senior Editor and Editorial Consultant for Jane’s Defence Weekly (JDW), the leading international defence journal. Nick’s ground-breaking, exclusive, stories for Jane’s included reports on stealth, post-Cold War Russian defence technology and a second, undisclosed operation to rescue US hostages in Iran. All made headlines around the world.

From 1987 to 2008 Nick was a Senior Editor and Editorial Consultant for Jane’s Defence Weekly (JDW), the leading international defence journal. Nick’s ground-breaking, exclusive, stories for Jane’s included reports on stealth, post-Cold War Russian defence technology and a second, undisclosed operation to rescue US hostages in Iran. All made headlines around the world.

During his long career at Jane’s, Nick was a four-time winner of the prestigious Royal Aeronautical Society Aerospace Journalist of the Year Award. His expertise, however, spans all aspects of the defence systems sector – maritime, air, land systems and cyber.

In 2005, Nick created JDW’s highly acclaimed ‘Technology Audit’ Series – individual profiles benchmarking the science and technology of the world’s aerospace and defence giants. The series ran from 2005-08 and provided the most in-depth look ever undertaken in a public forum of technology under development by the global defence sector.

Over the years, Nick has written extensively for national and international news media. A respected commentator on defence and security issues, his views and analysis were sought by UK, US and other global news media during the 1991 and 2003 wars against Iraq and security crises between and since. He is routinely invited to speak around the world on a variety of topics with audiences ranging from major aerospace corporations, government think-tanks, conferences, schools and universities.

An extensively published author and documentary film-maker, Nick’s bestselling and ground-breaking book The Hunt For Zero Point, detailed his ten-year investigation into highly advanced aerospace and defence projects. The book reached No.1 in the Amazon.com non-fiction chart and no.3 on the general list.

Other fiction and non-fiction works by Cook include: Angel Archangel (1988) and Aggressor (1991) and a number of ghost-written books including The Sunday Times Bestsellers Sabre Squadron (1997) No Escape Zone (2000) and Barefoot Soldier

(2006). Nick’s television credits include ‘Billion Dollar Secret’, a two-hour documentary, written and presented by him for The Discovery/Learning Channel and Channel 5 (UK).

In 2008, Nick set up Dynamixx, the world’s first energy, environment and defence sector consultancy. Dynamixx worked with the world’s leading Aerospace, Defence and Security companies – in the US and Europe – to transition their technologies into commercial markets ‘beyond defence’. During this period, Nick and Dynamixx produced many in-house, confidential reports on the strategic direction of the sector, with emphasis on its capacity to innovate in a rapidly changing world.

In 2011, Nick gathered the Chief Technology Officers (CTOs) of the world’s largest aerospace and defence contractors – Airbus, Boeing, Finmeccania (now Leonardo), Lockheed Martin, Northrop Grumman, Raytheon, Saab and Thales – in Washington D.C. for a unique two-day summit on the defence industry and ‘global challenges’. The meeting, which brought the CTOs together with John Holdren, President Obama’s Science Adviser, and Ray Mabus, US Navy Secretary, examined ways in which sector technology can be used more extensively to combat ‘global challenges’ such as food and water security, climate change and environmental degradation.

During 2013, Nick also worked with the Mayor of Bristol to examine ways in which the major aerospace and defence contractors could develop their technology in pursuit of the ‘smart city’ systems market.

From 2014-17, Nick worked as a consultant to/with the London Insurance Sector to introduce defence sector technology into the cyber-security market. Amongst other outputs, this led to the creation of a global specialty cyber insurance company.

In 2017, Nick returned to writing and defence systems analysis. In addition to writing on air, maritime and land systems, he is currently working on two major thrillers for Transworld-Penguin Random House, the first of which will be published next year. The books tap Nick’s deep knowledge of the defence and cyber systems sectors.

Nick is a UK citizen with a BA Honours degree in Arabic and Islamic Studies from Exeter University. He is married with two children and lives in London.